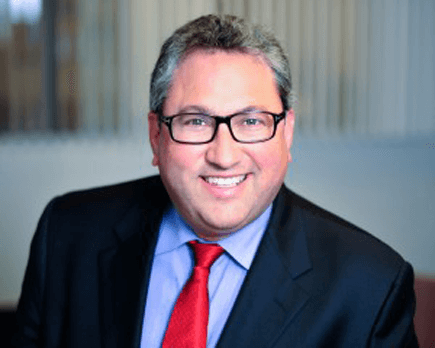 Marc E. Hankin, Esq. founded Hankin Patent Law, A Professional Corporation, in 2004 to advise owners and managers of all sized businesses on how best to protect their valuable technology and other creative works, through patent prosecution, copyright registration, trademark registration, licensing agreements, and related means. Previously as a Partner at several major law firms, and now continuing in the firm that he leads, for more than a quarter of a century, M. Hankin has counseled clients, including manufacturers and distributors in many different industries, including: visual effects, home theater, optical, dental, and medical devices, footwear, garments, jewelry, food, nutraceuticals, and dietary supplements. Marc is quite knowledgeable about a wide variety of issues in the mechanical, chemical, and electrical arts.

Marc Hankin is a Registered Patent Attorney with a strong and broad science background who has had extensive involvement in all aspects of licensing and litigation, and he litigates in all areas of intellectual property law, including patent, trademark, and copyright infringements, as well as domain name disputes, thefts of trade secrets, and other forms of unfair competition. Marc has been the lead lawyer on a wide variety of business litigation and intellectual property disputes for companies and educational institutions ranging in size from solo inventors and start-ups through the top of the Fortune 500, and every size in between. Marc has testified at Trial and Deposition several times as an Expert Witness, primarily on Licensing issues, and has served as a Special Assistant Attorney General regarding an Intellectual Property matter.

Marc frequently ranks high in regional, national, and international surveys, and in 2004 (Rising Star®, top 2.5%), and every year from 2007 to 2014 has been selected as a Southern California Super Lawyer®, placing him in the top 5% of Intellectual Property attorneys in the view of his peers and competitor attorneys.

Marc received his Bachelor of Science degree in 1984 from Boston University; obtained a Master of Science degree in 1987 from Iona College; taught physics and chemistry for three years at public high school before attending The Law School at the University of Pennsylvania, where he taught Legal Research and Writing before graduating in 1992; after which he spent a year Clerking for then-Chief Judge Brieant of the U.S. District Court for the Southern District of New York; since which time he has practiced law full-time.

Marc is admitted to the State and Federal Bars of California and New Jersey as well as a dozen Federal District and Appellate Courts around the U.S.A. He can be reached, most times of day or night by e-mail.