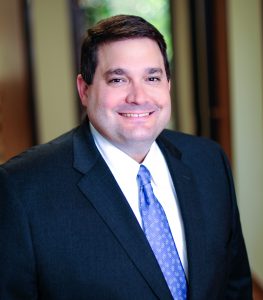 Kevin Schraven is the Managing Attorney of the Orange County Office and a Registered Patent Attorney.  Kevin has regularly been selected as a Super Lawyer ® Rising Star ® for 2010 – 2013, placing him in the top 2.5% of Intellectual Property Attorneys in Southern California under the age of 40.

His practice areas include Patent Prosecution, which allows him to do the work that he loves, writing patent applications and helping inventors obtain patent protection on their inventions.  Kevin’s practice also includes Patent and Trademark Litigation, Trademark Registration, and other areas of Intellectual Property Law.

Kevin has an extensive background in laboratory services, operations management, and food service management. He previously served as Senior Manager of regulatory compliance, logistics, safety, facilities, and security departments of a clinical chemistry laboratory.  In that capacity he coordinated regulatory inspections, developed and conducted employee training and safety programs, and reported directly to General Counsel on environmental compliance.  Prior to that, in 1995, Kevin earned a Bachelor of Science Degree in Biochemistry at UCLA, where he also managed concession services at all UCLA home sporting events, the Los Angeles Open Tennis Tournament, the Los Angeles Times Festival of Books, and many large special events.

Important
This site makes use of cookies which may contain tracking information about visitors. By continuing to browse this site you agree to our use of cookies.